View source
watch 01:54
Obi-Wan Finale - The Loop
Do you like this video?
Play Sound

A religious habit is a distinctive set of garments worn by members of a religious order. Traditionally some plain garb recognisable as a religious habit has also been worn by those leading the religious eremitic and anachoritic life, although in their case without conformity to a particular uniform style.

For instance, for some Roman Catholic or Anglican orders, the habit may comprise a tunic covered by a scapular and cowl, with a hood for monks and a veil for nuns; in other orders it may be a distinctive form of cassock for men, or a distinctive dress and bonnet for women. Modern habits sometimes take the form of a distinctive clerical suit for men and a simple dress suit for women. Catholic Canon Law requires only that it be in some way identifiable so that the person may serve as a witness to Gospel values, simple as a mark of detachment from vanity and greed, and becoming.

In many orders, the mark of the end of postulancy and the beginning of the novitiate in a particular religious community is a ceremony during which the new novice, having formally requested admission to the community, is clothed in the community's habit by the superior. In some cases the novice's habit will be somewhat different from the habit of a member under vows: for instance, in certain orders of women where the veil still forms part of the habit it is common for novices to wear a white veil while professed members wear black, or if the order generally wears white, the novice wears a gray veil; among some Franciscan communities of men, novices wear a sort of overshirt over their tunic; Carthusian novices wear a black cloak over their white habit.

In some orders, historically or still today, different types or levels of profession are indicated by differences in habits. Lay brothers in some monastic orders wore a habit somewhat different from choir monks, for instance; or junior professed sisters in some communities of women wear a slightly different habit from the permanently professed.

§25 … The Church must always seek to make her presence visible in everyday life, especially in contemporary culture, which is often very secularized and yet sensitive to the language of signs. In this regard the Church has a right to expect a significant contribution from consecrated persons, called as they are in every situation to bear clear witness that they belong to Christ.
Since the habit is a sign of consecration, poverty and membership in a particular Religious family, I join the Fathers of the Synod in strongly recommending to men and women religious that they wear their proper habit, suitably adapted to the conditions of time and place.
Where valid reasons of their apostolate call for it, Religious, in conformity with the norms of their Institute, may also dress in a simple and modest manner, with an appropriate symbol, in such a way that their consecration is recognizable.
Institutes which from their origin or by provision of their Constitutions do not have a specific habit should ensure that the dress of their members corresponds in dignity and simplicity to the nature of their vocation.

The religious habit of Roman Catholic nuns typically consists of the following elements:

It should be noted that different orders adhered to different styles of dress and that these styles have often changed over time. In the 12th century the German abbess Hildegard von Bingen, for example, advocated a style for her nuns that included extravagant and lavish white silk habits worn with golden head pieces designed to present the nun to Christ in her most beautiful form.

The habit of the Benedictines is black (the style varies depending upon the monastery). 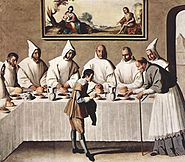 The habit of the Carthusians is white (a novice wears a black cloak over the white Carthusian habit).

The habit of the Dominicans is black and white.

Cistercians in their habit (with the black Scapular).

Mother Teresa in the distinctive habit (based on the Indian sari) of the Missionaries of Charity, which she founded. 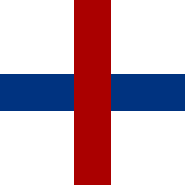 The habit of the Trinitarian Order is white with a distinctive cross with a blue horizontal bar and a red vertical bar. 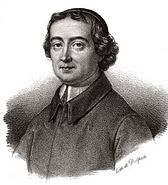 Oratorians wear roughly the same vestments as parish priests. The distinctive Oratorian clerical collar consists of white cloth that folds over the collar all around the neck.

Nuns belonging to the Daughters of Charity

Habit of a Premonstratensian

The Eastern Orthodox Church does not have distinct religious orders. The habit (Greek: Σχήμα, Schēma) is the same throughout the world—with minor, local distinctions. The normal monastic color is black, symbolic of repentance and simplicity. The habit of monks and nuns is identical, except that nuns wear an additional scarf, called an apostolnik. The habit is bestowed in degrees, as the monk or nun advances in the spiritual life. There are three degrees: (1) the beginner, known as the Rassaphore (or "rassa bearer") (2) the intermediate, known as the Stavrophore (or "cross bearer"), and (3) the Great Schema worn by Great Schema Monks or Nuns. Only the last, the Schemamonk or Schemanun, the monastic of the highest degree, wears the full habit.

The habit is formally bestowed upon monks and nuns at the ceremony known as the tonsure. The parts of the Eastern Orthodox habit are:

The portions of the habit worn by the various degrees of monastics is as follows: